DINKY and CORGI (and many others) TOY Restoration

Toby Toys was a brand name of S Guiterman & Co.Ltd. The toys they sold were die-cast models made by Louis Marx (UK) a subsidiary of Louis Marx (USA) who was probably the biggest toy manufacturer in America. There may have been a company producing the Toby Toys prior to that which Louis Marx took over.

Louis Marx produced only a few die cast models sold as Toby Toys. These are identified by the number 860-863 and Made in England cast into the inside of the body. The bakelite wheels were on crimped axles and held in place by a spring.

There were two more die-cast models that can arguably be added to the die-cast collection. The Articulated Farmers Wagon, and the Baggage Trailer but they are easier to identify bearing the Louis Marx name, Made in Gt Britain and Lumar Transport on the side.

Additional markings that validate the model range are the mark -Toby Toys- on the underside of some of the Fire Engine, and the 860 also had -LM860- on the number plate.

Louis Marx produced many other models and toys but these were plastic, pressed steel or tin. They also had a range of wooden toys in the name of Toby Toys made in America.

It would seem unlikely that the Cattle & Baggage Trucks would have produced in Dudley so would have to have been made in Swansea and almost certainly not part of the Toby Toys range.

The Louis Marx Factory was based in Dudley prior to the war and afterwards moved to Swansea. Strictly speaking the models marked Made in England would not have been made in Wales. I have yet to establish if the Dudley plant was actually used for toy production after the war. This site suggests not (www.traincollectors.org.uk/marx.htm)

Maidenhead Static Model Club wrote: Reply by Robert Newson: The truck and trailer in the photo were indeed made by Louis Marx & Co.Ltd., which was the British subsidiary of the famous American toy firm. They were in Dudley till 1947, and then moved to Swansea. Some Louis Marx diecast vehicles can be found with TOBY TOYS cast underneath (but not the truck and trailer, as far as I am aware). Toby Toys was the brand name of the toy wholesaler S.Guiterman & Co.Ltd. Probably Guiterman obtained an exclusive arrangement to market some of the Louis Marx diecasts and were therefore able to ask for their brand name to be added to the dies.

I NOW HAVE THE ORIGINAL BOX 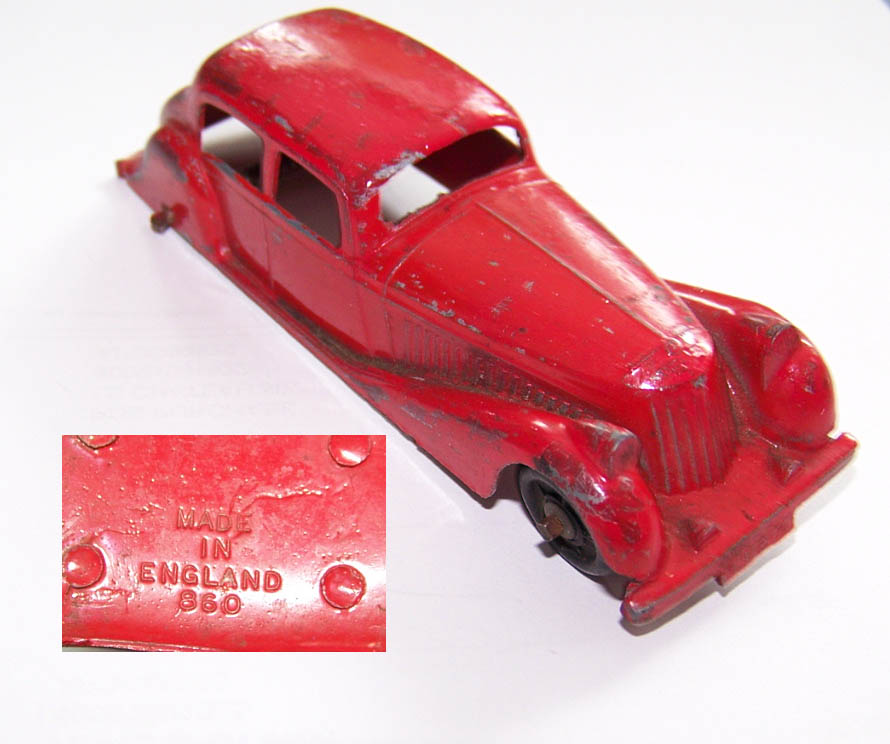 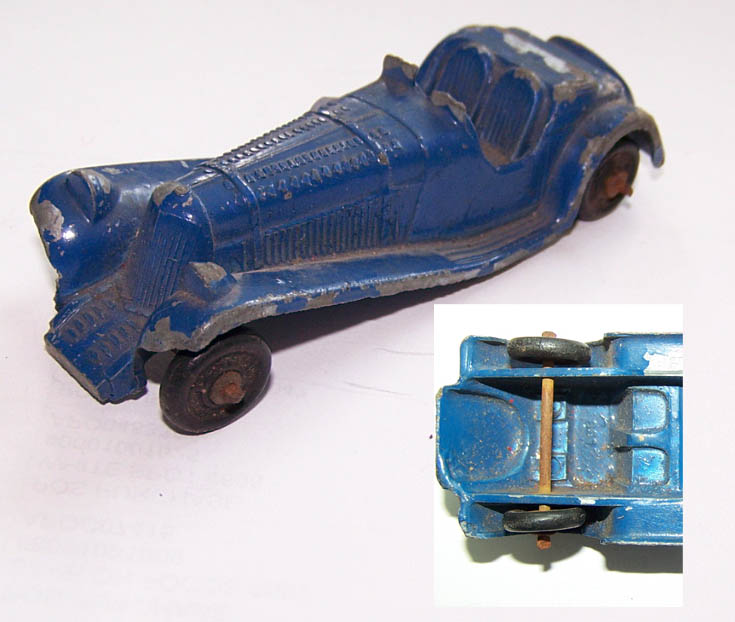 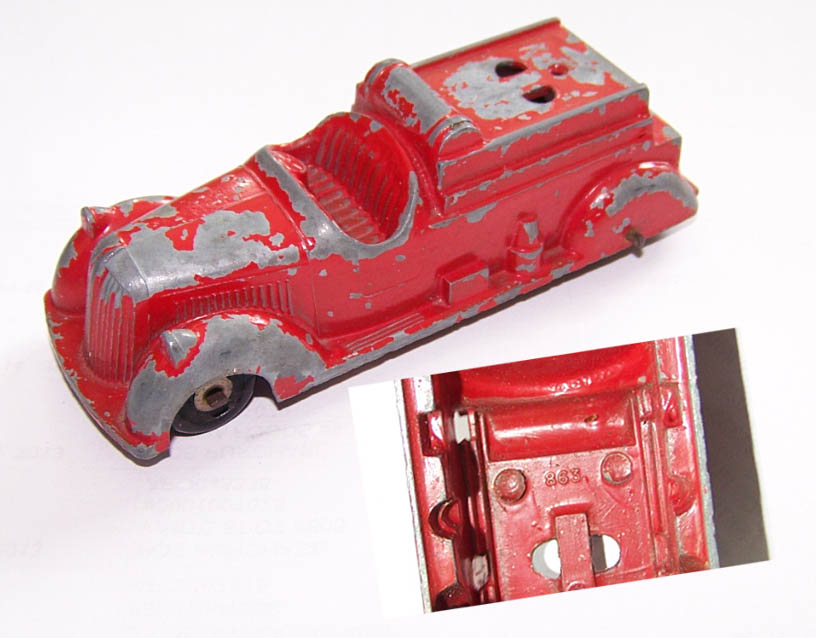 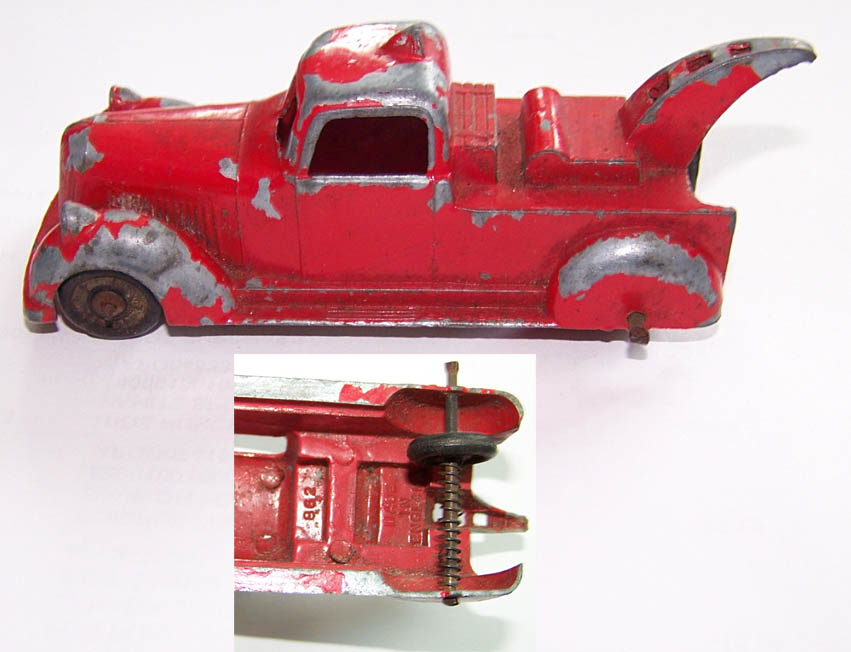